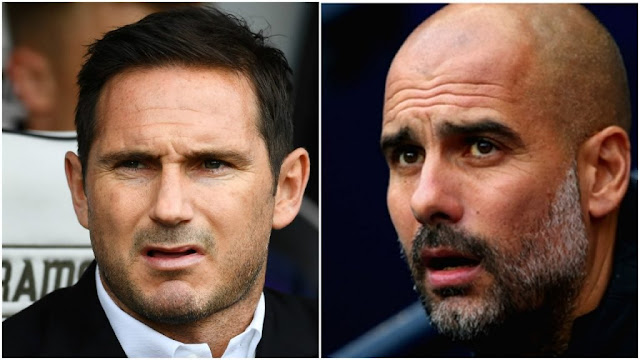 Former Chelsea assistant coach, Bolo Zenden, has compared manager Frank Lampard to Manchester City counterpart, Pep Guardiola.
Guardiola was only 37 when he took over at Barcelona in 2008 but went on to lead the LaLiga giants through one of its most trophy-laden eras.
Lampard took the Stamford Bridge job this summer at 41, becoming the first British manager under Roman Abramovich.
Zenden, who joined the Blues from Barca in 2001 – the same year Lampard arrived at Stamford Bridge from West Ham – insists his old team-mate is ready for the job and that he can be a success.
“I know Frank did very well at Derby County, so it was a good time for him to go to Chelsea.
“Guardiola was only young when he was appointed at Barcelona, so I don’t see why this is any different.
“He can do well, he is a clever guy and earned his stripes as a player. Who knows how it will go? But he is bright and deserves a chance,” Zenden said according to the UK Mirror.
Tweet Pin It
League Tables
Full PL Table