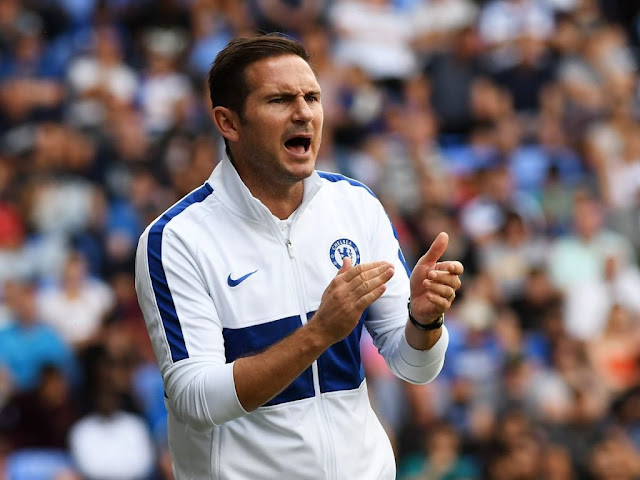 Chelsea manager, Frank Lampard, has hailed Borussia Monchengladbach goalkeeper, Yann Sommer by describing the 30-year-old’s performance as ‘fantastic’ following his side’s pre-season friendly 2-2 draw against the Bundesliga side on Saturday at Borussia-Park Stadium.
Lampard noted that Sommer’s brilliant display prevented his players from scoring more goals against Monchengladbach.
Alassane Plea and Jonas Hofmann had given Monchengladbach a 2-0 first-half lead before Tammy Abraham and Ross Barkley scored two second-half penalties to ensure Lampard’s side got a point.
“I think we should have won,” Lampard was quoted by Chelsea’s official website as saying after the match.
“I was not happy with the first-half performance, we conceded two bad goals, one was our mistake, the other was a counter-attack, and we weren’t as we should be in the first half.
At half-time, I asked for a reaction and the team gave a big reaction. We could have scored a lot more goals, their goalkeeper has been fantastic for them. I think we should have won but it was a very tough game, a good exercise for us against a very good team.”
Tweet Pin It
League Tables
Full PL Table