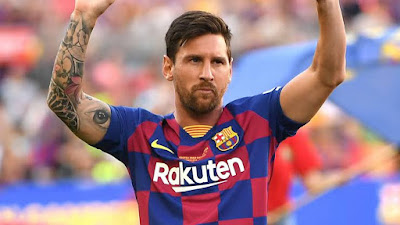 Lionel Messi is in line to return from injury for Barcelona this weekend against Real Betis at the Camp Nou.

The Blaugrana captain picked up a calf injury in training on 5 August, shortly before his side departed for the USA to take on Napoli in a friendly double-header.

SportzDom report that he is set to train with the squad as normal on Wednesday for the side’s double session.

It also means that there is increased optimism that he will return to the squad for Sunday’s clash with Real Betis.

There is also belief that he will play a part in the game and could even start depending on how he responds in the week’s remaining five sessions.

Welcoming Messi back from injury would be good news at any time but it is arguably even more positive on this occasion.

Ernesto Valverde is already without Luis Suárez and Ousmane Dembélé for Barça’s home opener through injury.

In addition, Philippe Coutinho exited the club this week to complete his loan move to Bayern Munich.

It is also vital for the reigning Spanish champions to pick up three points, having started with a defeat against Athletic Club.