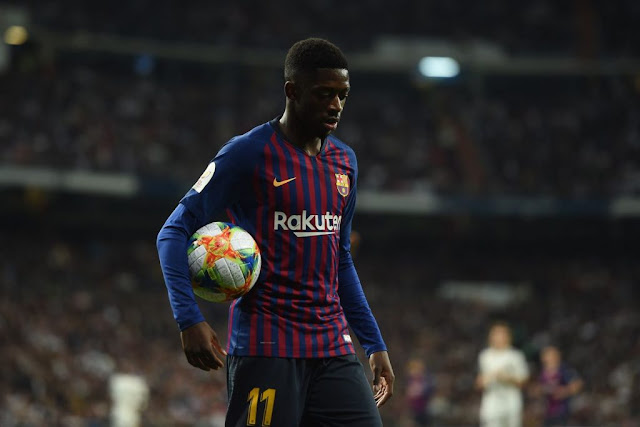 Barcelona are furious with Ousmane Dembele after the player failed to turn up for a medical to assess the extent of the injury he suffered in the defeat by Athletic Bilbao, Marca reports.
Dembele played the entirety of the 1-0 loss in La Liga’s opening fixture on Friday night but appeared to be in discomfort as he left the pitch after the game.
Barca expected the France winger to attend an appointment on Saturday morning to assess the muscle problem but the winger didn’t arrive until Monday.
When he was eventually assessed, it was revealed that Dembele had suffered a tear to his left hamstring, which may see him out of action for five weeks.
There were concerns over the 22-year-old’s attitude last season with those doubts having now resurfaced.
Dembele’s injury leaves Barcelona short of attacking options especially with Lionel Messi and Luis Suarez also sidelined.
That means there will be much focus on Antoine Griezmann who made his Barcelona debut against Bilbao, following his summer switch from Atletico Madrid.
Tweet Pin It
League Tables
Full PL Table