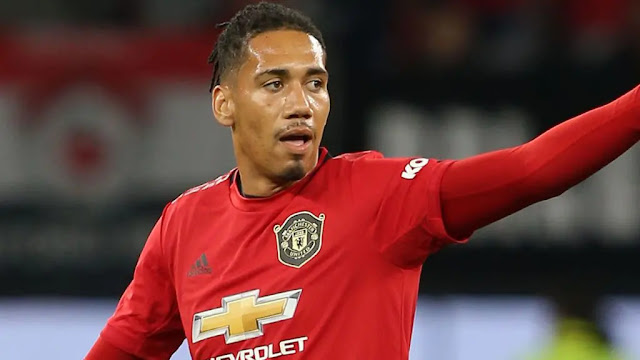 Manchester United manager, Ole Gunnar Solskjaer has described Chris Smalling’s move from Old Trafford to AS Roma as ‘a new experience and an adventure’.
SportzDom reports that Smalling has agreed a season-long loan deal to join the Serie A side.
But Solskjaer now believes that Smalling, who is Man United’s longest-serving player, will enjoy his time at Roma.
“Chris is on his way over [to Italy]. He’s flying over to Rome this morning to do a medical and all the final details,” Solskjaer told MUTV on Friday ahead of Man United’s Premier League clash against Southampton.
“At the moment we’ve got six centre-backs and it’s just something that popped up towards the end [of the European transfer window] in the last couple of days. Chris fancied the chance to go over there; it’s a new experience, new adventure.
“He’ll come back better for it because it’s a big club, it’s a good league. There aren’t too many English players who have been playing in Italy so I think he’ll enjoy it.”
Smalling made 34 appearances and scored 1 goal for the Man United in all competitions last season.
The England international joined Man United in 2010 from Fulham in a £10million deal.
Tweet Pin It
League Tables
Full PL Table