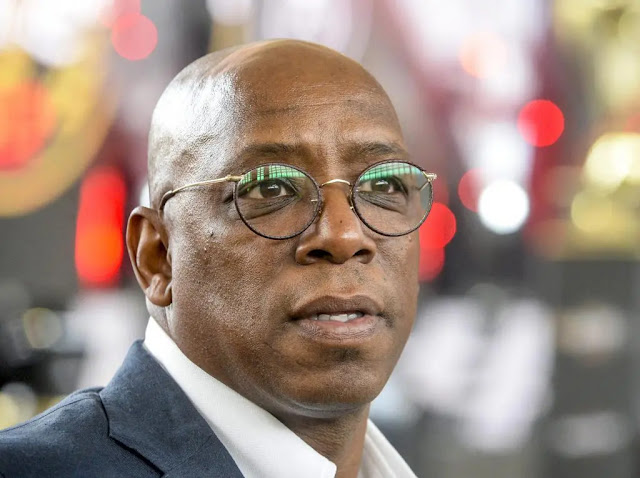 Former Arsenal star, Ian Wright has revealed how Liverpool ace, Mohamed Salah made fellow teammate, Sadio Mane frustrated and angry during the Reds’ 3-0 victory over Burnley in the Premier League last weekend.
Wright claimed that Mane’s angry reaction on the bench at Burnley was because the Senegal forward has reached the “end of his tether” with Salah and his selfishness in front of goal.
According to him, Mane had run out of patience with Salah in a position where he can get a simple pass from the Egyptian, adding that his quarrel was more than just a minor disagreement with the former Chelsea star.
“For Mane to get that angry in four games says that that’s deep. It’s too deep,” Wright said on BBC Radio 5’s Monday Night Club.
“He’s too angry, too quickly. We showed a couple yesterday [on Match of the Day] and that was just a couple! I think you could do it loads of games. I’ve seen it! I’ve watched games where maybe he could have squared him [Salah] in.
“As a striker, would I have squared him in? I hope I would have.”
“He was so angry, he was furious! That was the “I’ve had enough” moment. That is what we saw on that bench at Burnley.
“He’s had enough of Salah in a position where he can get the tap in and he doesn’t do it.
“We saw a stat… he’s [Mane] created 43 chances for him, Salah has created only 25. That says to me that he’s tired it’s not being reciprocated.
“What I saw – and Liverpool fans will phone in and text in because they care so deeply about it – but the fact is, for him to react that angrily, he’s at the end of his tether.”
Tweet Pin It
League Tables
Full PL Table