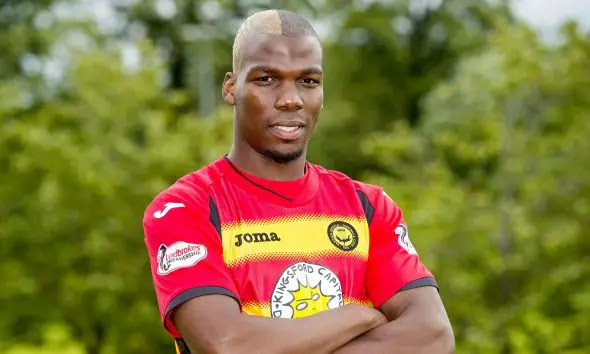 Paul Pogba’s brother, Mathias, has claimed Manchester United “have only one great player” in their squad.
Pogba publicly stated his intention to leave Old Trafford for a new challenge, but failed to secure a move away, despite interest from Real Madrid and Juventus.
But he has remained at the Theatre of Dreams and brother Mathias says he is focused on the job in hand, because United have only one ‘great player’ in David De Gea.
“Paul knows that he cannot leave Manchester United so he’s going to focus on this season.
“It’s not easy right now, because he has a lot of responsibility in the team. A lot of big players have left.
“The only great player is De Gea, the goalkeeper, which means he’s going to have to put a lot of effort in every game,” Mathias told El Chiringuito.
Pogba has started each of United’s four Premier League games so far this season, but is yet to find the net.
Tweet Pin It
League Tables
Full PL Table