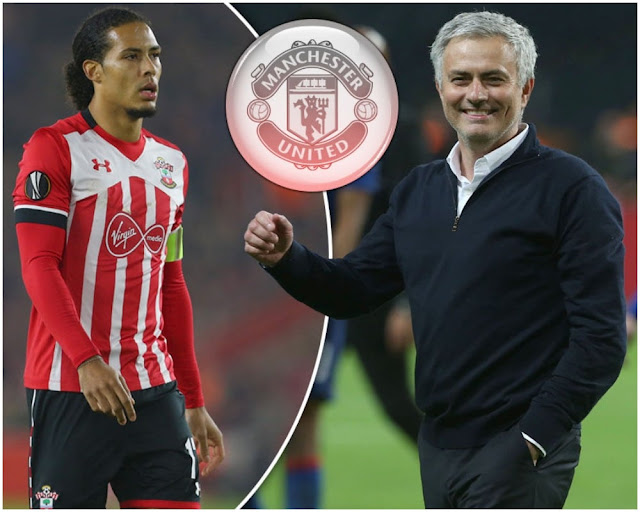 Former Manchester United manager, Jose Mourinho told the club not to rival Liverpool in the race to sign Virgil van Dijk from Southampton in January 2018.
According to The Independent, Man United included Van Dijk’s name as a potential signing before he eventually joined Liverpool but Mourinho “said no” to the possibility of bringing the centre-back to Old Trafford.
The newspaper added that Mourinho did not want to sign another central defender at that time, even though the Portuguese changed his mind just a few months later and pushed for the club’s executive vice-chairman, Ed Woodward to sign Harry Maguire from Leicester City.
Van Dijk, who joined Liverpool for £75million, has established himself as one of the world’s best defender since joining the Reds.
The Netherlands captain recently won the UEFA’s Men Best Player of the Year ahead of Barcelona captain, Lionel Messi and Juventus superstar, Cristiano Ronaldo.
The 28-year-old was included in FIFA’s final three-man shortlist for the Men’s Player of the Year award.
Tweet Pin It
League Tables
Full PL Table