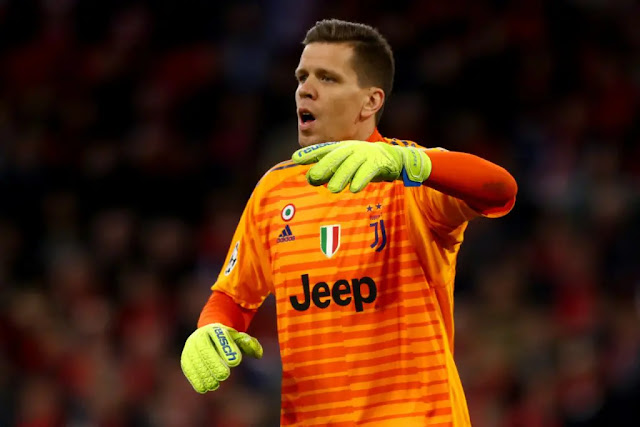 Juventus goalkeeper Wojciech Szczesny, has joked that he’s the greatest shot-stopper in history, after seeing the legendary Gianluigi Buffon become his backup this season.
Szczesny was second choice behind Buffon in 2017/2018, his first season with the Bianconeri.
Last season saw him take over from Buffon as Juve’s undisputed starter, as the Italian veteran moved on to join Paris Saint-Germain.
Szczesny started 28 of his team’s 38 Serie A games in 2018/2019, as Juventus claimed their eighth consecutive Italian title.
After a season in Paris, Buffon has returned to the club where he made his name.
“Recently I said that when I was back-up at Roma, it was to the best goalkeeper in the world, Alisson, who’s now at Liverpool. Now at Juve my substitute is one of the greatest players in history. The conclusions are that I’m probably the best in the world and in history.
“Seriously, an extra year of learning from Gigi is an invaluable experience and I’m glad he’s back.
“This is a good move for Juventus and for me – the possibility of training with him, talking, watching, sharing insights, can’t be bought. I would have to be very stupid not to use it.
“I’m delighted. When I came to Juventus two years ago, I knew I would be his substitute for a year. Now he’s returned aware of his role. Our relationship is still great,” Szczesny told Przeglad Sportowy.
Tweet Pin It
League Tables
Full PL Table