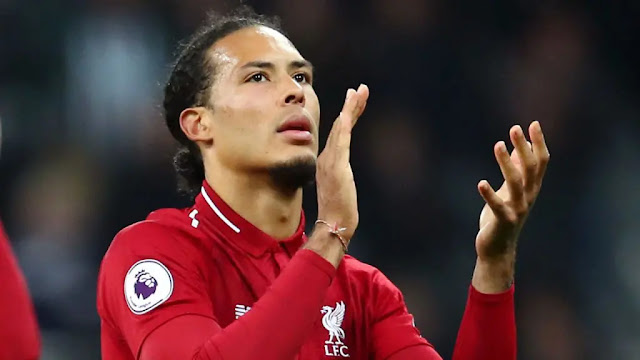 Virgil van Dijk has agreed a massive new contract with Liverpool, the UK Mirror reports.
The Dutch defender, who was recently named European Footballer of the Year, said yes to fresh terms this week.
Van Dijk’s current deal was not due to expire until 2023, after his switch from Southampton for £75m just 20 months ago.
But the fresh terms will give him a considerable rise on the £125,000-a-week basic he secured when moving from the south coast club.
Van Dijk will now earn closer to £200,000-a-week and tie him to the Reds until 2025.
The two parties had been discussing improved terms for Van Dijk, even before the £80m world-record fee for a defender, that was secured when Harry Maguire left Leicester for Old Trafford.
That transfer gave Van Dijk’s representatives the target for what they needed to ask for a big contract.
Tweet Pin It
League Tables
Full PL Table