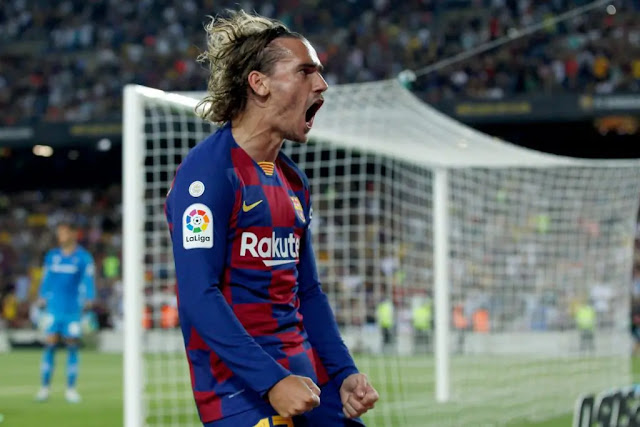 France forward, Antoine Griezmann, has blamed his penalty missed against Albania on his wife’s absence and promised to work on them.
Didier Deschamps’ men won their Euro 2020 qualifier 4-1, as Kingsley Coman grabbed a double alongside goals from Olivier Giroud and Jonathan Ikone.
However, Griezmann was unable to add to the tally when presented with a first-half chance from the spot, his effort crashing off the crossbar and coming back into play.
Asked about his penalty miss, the Barcelona attacker told reporters after the game: “I don’t know [what happened]. I don’t know.
“As I said earlier, maybe it’s because my wife didn’t watch the game!
“I was on a good dynamic but we can’t score every time. Too bad, I’ll have to work on it.”
Tweet Pin It
League Tables
Full PL Table