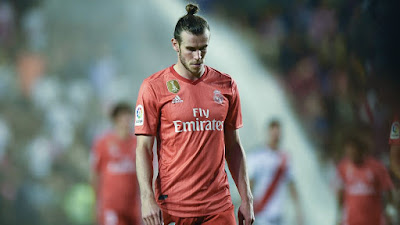 Real Madrid attacker Gareth Bale has sent a warning to his opponents ahead of the Euro 2020 qualifying matches.

Though Bale admitted that his injury problems have been frustrating which keeps him out most times especially for Real Madrid which has got the club fans complaining since the exit of Cristiano Ronaldo last summer.

The Welsh forward also admitted that it takes time for him to switch to full gear and rediscover his killer touch even when he is back from the injury.

“Scoring goals and playing well breeds confidence,” he explained in an interview with the Mirror, focussing on his contributions to Wales and their Euro 2020 qualifying campaign.

“Ideally I can score a few more and keep scoring and helping the team.

“Going into the summer games I didn’t have that physical fitness where I wanted to be.

“It is a bit of a downward spiral.

“But those games are gone, I am in good form and am fully fit.

“I have the matches under my belt and am going into these games with confidence.

“That helps with being able to score and physically do what you want to do.”

Bale has scored three goals in three games for Real Madrid this season. He is expected to stay out of action when Los Blancos host Levante at the Santiago Bernabeu in their next La Liga game due to suspension, after he was shown a red card in their last time out.