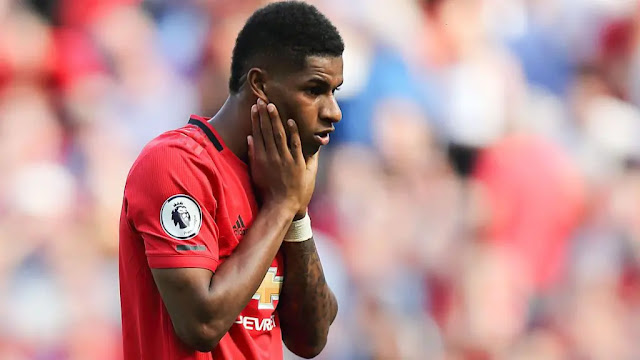 Manchester United forward, Marcus Rashford, has claimed that Ole Gunnar Solskjaer understands his players better than Jose Mourinho did, because of his then playing career.
Solskjaer played in his native Norway, before he moved to Old Trafford, where he made his name.
Mourinho, meanwhile, never played at the top level, instead followed an early pathway into coaching, which began from a period as translator to Bobby Robson at Barcelona.
When asked by BBC’s Gary Lineker whether Solskjaer differed to Mourinho, Rashford said: “He’s [Solskjaer] very different but I think it’s expected because he’s played. Off the pitch he understands the players a bit more.”
Lineker then pressed further to know if it was a problem for Mourinho, that he had never played to a similar level.
“I don’t think it was a problem for him, because he’s obviously a top manager and he has his way of reading people.
“But for me, I think when a manager has played, they’ve lived the lifestyle that we’ve lived and they might be a bit more understanding,” Rashford responded.
Solskjaer replaced Mourinho in December, 2018.
Tweet Pin It
League Tables
Full PL Table