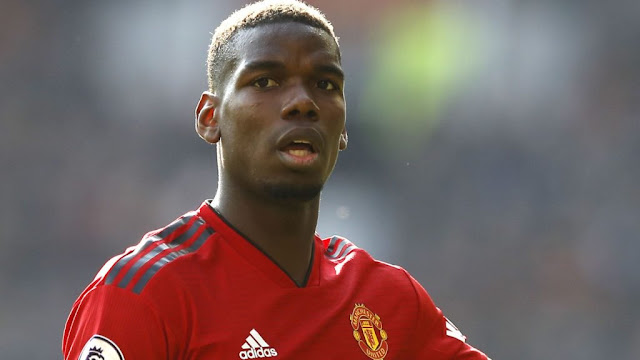 Manchester United manager, Ole Gunnar Solskjaer has confirmed that Paul Pogba and Anthony Martial will miss his side’s Premier League clash against Leicester City on Saturday at Old Trafford.
According to him, Aaron Wan-Bissaka and Jesse Lingard may likely feature for the Red Devils against the visitors.
Pogba, Wan-Bissaka and Lingard were all forced to withdraw from national-team duty due to injury or illness, while Luke Shaw and Anthony Martial missed Man United’s clash against Southampton.
“I can’t promise any of them [Pogba, Wan-Bissaka, Shaw, Lingard and Martial] will be on the pitch but we’ll try to get one or two more on the bench,” Solskjaer told MUTV on Friday.
“Let’s see when we get to the game. Maybe next weekend [at West Ham United], we’ll have more of them back. That’s how it is in football and why we have loads of quality and numbers and we’re fine.”
He added: “Well, the treatment room has been busy and still is. “We don’t really know who is going to be available. Maybe Aaron, maybe Jesse and I think maybe that’s it from the ones that had to pull out [of the internationals], but I can’t promise those two will be available either.
”Pogba won’t be fit, no, unless he’s had a miraculous recovery overnight from yesterday to today or maybe from tonight to tomorrow. He’s not ready to do 100 per cent training, no. We hope, as I’ve said, that more can be ready for West Ham next week and Paul and Anthony are in that category. I think they’ll be ready for then and I can’t say more than that really.”
The kick-off time for the match is 3pm.
Tweet Pin It
League Tables
Full PL Table