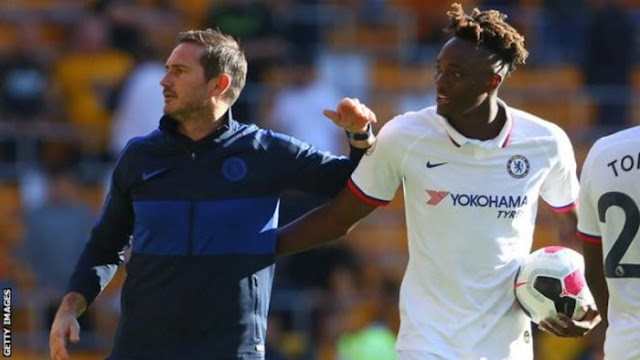 Chelsea manager Frank Lampard says he did not speak up enough about racism when he was an England player.
The 41-year-old ex-midfielder, capped 106 times by England, praised how the national team responded to racist abuse during their Euro 2020 qualifier against Bulgaria in Sofia on Monday.
He said the authorities should tackle the issue, and not leave it to players.

“I travelled with England in Europe and felt what we all felt and maybe didn’t speak about it enough,” Lampard said.
“The big progression from Monday night, and we need to try and take positives out of it, is where I think the governing bodies and organisations now have to make a big step.
“I don’t think we should rely upon individual players to make a step. I think it should be people in charge.”