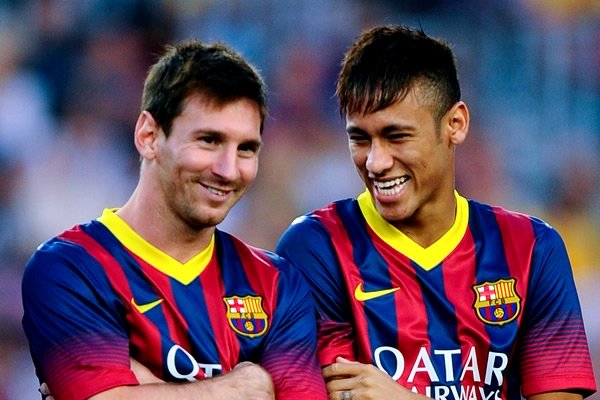 Barcelona captain, Lionel Messi, has claimed that there are people at the club, who are opposed to Neymar coming back to Spain.
Neymar quit Catalunya in controversial circumstances in 2017, moving to Paris Saint-Germain for a world-record fee.
This summer, he was rumoured to be attempting to engineer a move out of Paris, with a return to Barcelona supposedly on the cards.
A transfer failed to materialize and Messi admits any future deal could be tricky.

“It is difficult to bring him back.
“Firstly, because it was difficult to see him leave, secondly because of how he left.
“There are people from the club and the members who do not want him to return.
“If it is for sports, Ney is one of the best in the world, but I understand all the other factors,” the Argentina international told Metro 95.1 in Buenos Aires.