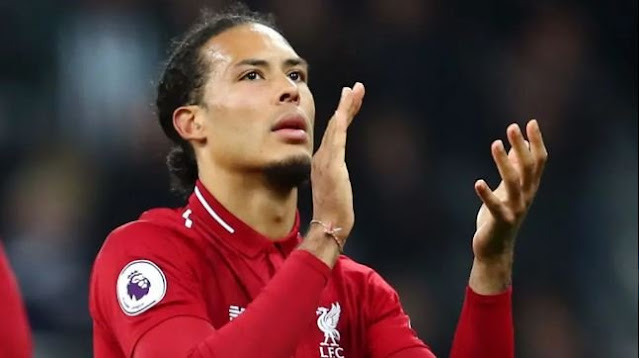 Liverpool defender, Virgil van Dijk, has insisted that their game against Manchester United, is now bigger for the fans than players.
Jurgen Klopp’s side head to Old Trafford on Sunday, looking to continue their winning start to the Premier League season.
United meanwhile are languishing in 12th and could end the weekend in the relegation places if results go against them.

“It’s massive, but it’s more massive for the fans. I think all of the Champions League games are as big as this,” Van Dijk told Sky Sports.
“The whole atmosphere and leading to the actual game is bigger than some other games but I don’t think it’s the biggest of the season.
“The big ones are the Champions League and the ones that are hopefully going to win us the Premier League title.”