Unai Emery has conceded that Arsenal’s trip to Leicester on Saturday is a must-win game as the Gunners look to make up ground in the race for the top four.
Emery’s side have won just four of their 11 Premier League games this season and lie six points behind third-placed Leicester ahead of their clash at the King Power Stadium, live on Sky Sports.
Arsenal could drop as low as 10th with defeat on Saturday, and Emery admitted: “Yes – we need to win. It’s very important for us tomorrow.

“Our mentality every time is to play fast, be strong and win. Each match we only think to win.
“I was speaking with the players on Tuesday about our next steps to improve. There are two ways.
“One is to play better with the ball, play with more confidence in our style and take more responsibility on the pitch.
“The second is our defensive attitude and to be strong. Getting better defensively is the first challenge for tomorrow.”

Arsenal manager Unai Emery says Granit Xhaka was “wrong” to react angrily and gesture to the fans as he was substituted during his side’s Premier League draw with Crystal Palace.
The Gunners captain was booed as he walked off the pitch at Emirates Stadium, prompting him to cup his ear.
He then took off his shirt, walked past Emery and stormed down the tunnel.

“He’s wrong but we are going to speak inside about that situation,” Emery told BBC Match of the Day.

The Arsenal boss added: “I want to be calm but, really, he was wrong in this action.”
News of the change was first greeted with ironic cheers but they quickly turned to boos as Xhaka took his time to leave the field, sparking an angry reaction from the 27-year-old.
It is not the first time Xhaka has been booed by his own fans this season, with Emery publicly defending the Switzerland international after a game against Aston Villa last month.

Former Arsenal midfielder, Charlie Nicholas, has told Granit Xhaka that his career at the club is over, after his shocking outburst during the draw with Crystal Palace.
Xhaka clashed with home supporters, after his substitution was greeted by sarcastic cheers, in the 2-2 draw with Palace on Sunday.
The Switzerland international goaded the frustrated supporters inside the Emirates, by cupping his ears at the boos and was seen mouthing “f**k off” as he stormed down the tunnel.

“Xhaka is the current captain, but I don’t think he will be captain anymore after what he did at the weekend.
“The fact he didn’t instantly apologise tells you he’s upset, angry and I’m sure it’s a horrible feeling for him.
“But that anger must be controlled. If you don’t have a thick skin you can’t be a footballer.
“The fans will always be an element of the football club and they’re bigger and better than anything else involved.
“He has to take his medicine but I’ll be surprised if he comes back in any capacity to play for Arsenal again,” Nicholas told Sky Sports.

Manchester United scouted Arsenal striker, Pierre-Emerick Aubameyang, for years before deciding against signing him, The Athletic reports.
Aubameyang has scored 49 goals in 77 games for the Gunners, since joining from Borussia Dortmund in January 2018.
But the north London club were not the only club that had followed the striker.
The Red Devils scouted Aubameyang between 2016 and 2017, when he netted 73 times in 91 games for Dortmund.
But the United hierarchy were not convinced and had concerns over the valuation of around £70million and his age (he turned 30 in June).
They also believed would not fit Jose Mourinho’s striker profile of someone that could press and hold the ball up.
United eventually bought Romelu Lukaku from Everton for £75m.

David Luiz has opened up on the “honest” talks with Frank Lampard, before leaving Chelsea for Arsenal.
The Brazilian swapped Stamford Bridge for the Emirates in the summer, following the appointment of his ex-Blues teammate, Lampard.
Luiz insists the decision to leave Chelsea was made before Arsenal declared their interest in him, despite only penning fresh terms in west London in May.

“I decided to leave Chelsea before there was contact with Arsenal,” he told The Telegraph.
“People do not know that but I decided early to leave Chelsea. After that I had contact with Arsenal and I took a decision which everybody knows was not easy.
“Me and Lampard, we had honest conversations. Man to man, me and him. His ideas of football were different to mine. We just agreed: ‘OK, we move on’. In an honest way, in a mature way.
“We played together, we won together. We won the Champions League, the Europa League, everything together. It was done in a mature way.” 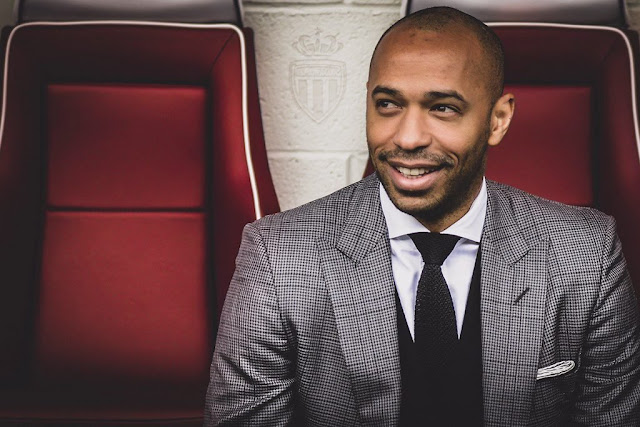 Former Super Eagles striker, Kanu Nwankwo, has tipped Thierry Henry, to bounce back from his disastrous spell as Monaco boss and manage Arsenal.
Henry took up his first management role in November 2018, replacing Leonardo Jardim at Monaco.
He was eventually sacked after winning just five of his 20 games in all competitions.
Kanu, who played with Henry at Arsenal between 1999 and 2004, told Goal: “He’s a warrior. Somebody who doesn’t give up.
“I think he did it [at Monaco] but it didn’t work. But it’s always good to go and get the experience and see how it works.
“If it goes good or it goes bad, that doesn’t change who you are. You have to keep going and I know he is not someone who takes defeat.
“He wants to win, so he will bounce back and coach again at a good club.”
On the possibility of landing the Arsenal job, Kanu added: “I believe that is what he is aiming at.
“It’s the club where he is a legend, the club that loves him. So why not? That’s where he is supposed to be.” 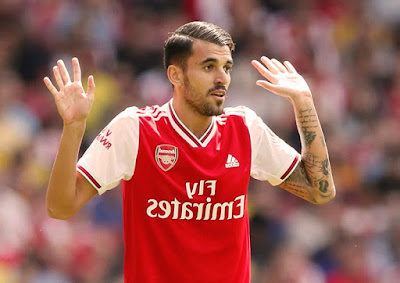 Dani Ceballos admits he needs to sharpen up to succeed with Arsenal.

To play behind Nicolas Pepe, Pierre-Emerick Aubameyang and Alexandre Lacazette, Ceballos might need a discipline that he has sometimes struggled to find. His appraisal of his own style is brutally honest.

“I try to get at the opposition and make the difference. It is true though that sometimes the desire to be near the ball gets the better of me and I can lose my position. But I am young and I can improve.

“I have to be self-critical.

“The two good games that I have played so far for Arsenal, I never played that well in two years at Real Madrid.”